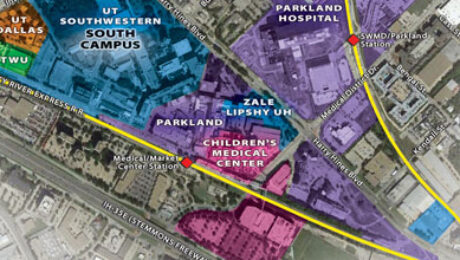 This week at Commissioners Court we passed an amendment to our agreement with the City of Dallas to help secure project funding for the Medical District Drive Project.

This $23 million project is scheduled to begin construction in the next 60 days. It will widen the thoroughfare and improve safety along this important emergency vehicle route between I-35 and Harry Hines Blvd. 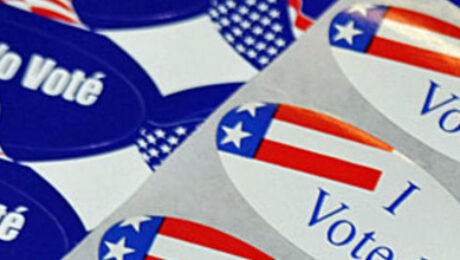 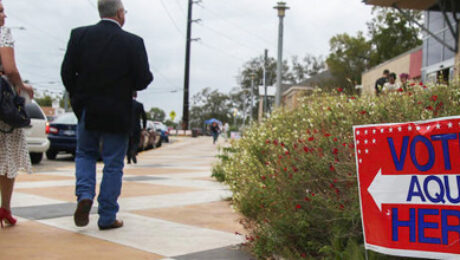 Recently, we’ve seen the women’s movement make great strides in demanding fairness in the workplace. We’ve seen the fate of our Dreamers become more and more uncertain. And, we’ve sadly seen even more mass shootings taking the lives of our fellow Americans.

We either close our eyes to what’s happening. Or, we stand up as a society and through our voting insist that our elected leaders pass legislation that makes us a more caring society and narrows the gulfs that divide us.

Here is the information you need to participate in early voting:

When I cast my votes, I ask myself which candidate is the one most likely to mirror the values I try to bring to public office. Will they fulfill the promises they make during a campaign? Will they hold themselves accountable to those who elect them to office? Will they be accessible when a constituent needs their help?

Some of us will throw up our hands, believing the process is too complicated or their vote will not matter. But I believe this is our chance to rise above our fears. To become educated voters who see through the negative campaign rhetoric to discover the truth about those who want out votes. To rise above our tendency to let others do our patriotic responsibility for us.

Early voting runs from Tuesday, Feb. 20 until Friday, March 2. The primaries are Tuesday, March 6. Please make your voice heard during this election season. There’s just too much at stake not to. 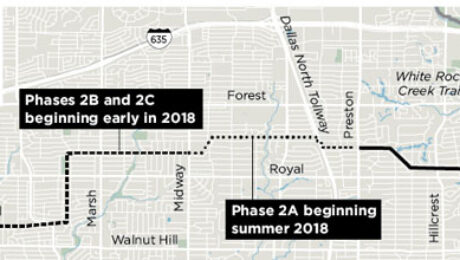 Construction on the second portion of the Northaven Trail, Dallas’ first east-west bicycle-pedestrian trail, is set to begin early in the new year.

When completed, the Northaven Trail will open Dallas’  north-south path network to new transportation and recreational possibilities. Think of Northaven as a Northwest Passage connecting the White Rock Creek Trail on the east with the Elm Fork Athletic Complex and the Walnut Hill-Denton Drive DART Station to the West.

Former Dallas City Council member Lois Finkelman was among the first to envision an east-west trail serving North Dallas, running along what is now the Oncor utility easement. It was about 2003, and the White Rock and Katy trails were open and growing in popularity.

“I looked at the map of Dallas and realized that a large part of North Dallas had no access to a trail connection,” Finkelman said recently. “And yet, we had this utility easement running east to west which had all kinds of potential.”

Jump forward to the groundbreaking earlier in December of the new, nearly 4-mile, $5.7 million trail section that will run from Denton Drive to Cinderella Lane. (The initial Northaven phase is already open and runs between North Central Expressway and Preston Road. Construction of the third section is set to begin this summer.)

Dallas County is managing construction of the next section, which is a collaboration among city, state and federal entities, said Dallas County Commissioner Elba Garcia.

The Texas Department of Transportation will manage eventual construction of a Northaven Trail bridge over North Central Expressway, which will provide a link to the city’s eastern network of pathways.

“We are finally coming to the point of realization that these projects are very important in a region that is one of the fastest growing in the United States,” Garcia said.

The roughly $5.7 million project is set to be completed in fall 2019. It is funded by $2.36 million in federal and state money, $2.86 million from Dallas County and $500,000 from the city of Dallas. The trail construction beginning in early 2018 is challenging, involving 24 north-south street crossings, each with an intersection requiring its own curb ramps. Pedestrian traffic beacons will be installed at Webb Chapel Road and at Royal and Marsh lanes.

“Hopefully it will have a positive impact on Dallas drivers and make them more aware of trail connections,” Finkelman said.

Northaven’s eastern and western trail heads will connect to a growing network of trails that eventually will link much of Dallas and Fort Worth. Planners also are looking at building additional north-south links to trail systems elsewhere, including Irving, Grand Prairie and southwest Dallas County.

Urban planners see bicycle-pedestrian trails as an important means of getting people to nearby destinations and public transportation. Alternative transportation can help reduce air pollution in Dallas, Collin, Denton and Tarrant counties, which are non-attainment areas and don’t meet federal air-quality standards.

“We’re doing a mobility study that’s looking at pedestrians, vehicles, everything,” said Alberta Blair, Dallas County’s director of public works. “We’re looking at how is mobility working? Not just recreational trails, but mobility — to get to places and to get to work.”

“It’s a trend that other cities had grabbed maybe a decade or so ago,” she said. “As is sometimes the case, we’re a little slow to pick up on it.

“My feeling is that there should have been pedestrian and bicycle lanes on all the new bridges over the Trinity River. We ought to be encouraging those kinds of uses.”

Building a trail network is somewhat like filming a movie, where the scenes aren’t necessarily shot in sequential order.

Enter the Harry Hines pedestrian bridge, dubbed “the Bridge to Nowhere.” It was long criticized as a  monument to waste, appearing to connect only an empty lot to an auto parts store.

But the bridge is part of the larger plan linking Northaven Trail to the Elm Fork Athletic Complex. A connection under Interstate 35E is also under construction.

Garcia explained why the bridge at Harry Hines was built before the other pieces were in place.

“People were saying, ‘Why are you doing that? It doesn’t have any connectors.’ … I don’t want to miss the funding,” she said. “I want to build it, then connect it.”

“All the agencies got together and said ‘How’s the best way to look at this?'” Garcia said. 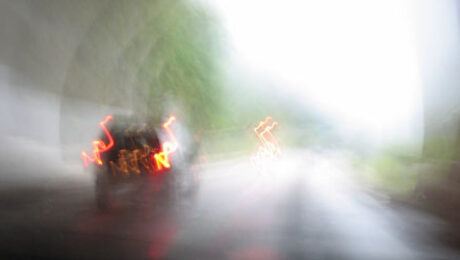 ‘Don’t drink, then drive,’ is good advice in any year, and at any time of the year.

But it is especially important for Dallas County residents this holiday season. That’s because the county’s recent population growth has added many more drivers to our streets and freeways.

According to the U.S. Census Bureau, in just the past two years, Dallas County has added about 60,000 residents, and DFW has added more than 200,000. Many of those new residents are transplants from other states, and countries.

So, not only will there be many more people behind the wheel this holiday season. There also will be many more drivers than before who aren’t fully familiar with our streets and highways.

There’s yet another way the issue of drunk driving is different this year. We have more shared-ride, and mass-transit, options in Dallas County than we did just a couple of years ago. That means we have more opportunities than we did before to avoid driving drunk.

As the county’s DWI Taskforce Chair, I am pleased to have spearheaded an effort to expand our local campaign against drunk driving to five counties in and around Dallas-Fort Worth. The 5 Counties – 1 Goal initiative strives to reduce the accidents, injuries and deaths caused each year by people driving after they’ve become impaired or intoxicated. You can learn more about this important effort, and the #whatalcoholsays campaign, on the Dallas County DWI Task Force Facebook page.

Alcohol, wintry weather and slick streets can be a deadly combination. So, I urge all Dallas County residents to be especially cautious behind the wheel this holiday season. By all means, enjoy the season’s festivities. But, please, never drink then drive.

That way, when 2018 arrives, we can all genuinely approach it as a ‘Happy New Year.’ 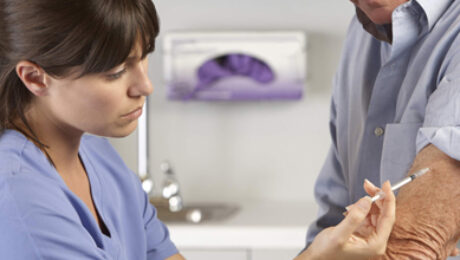 Influenza season is fast approaching and Dallas County Health and Human Services (DCHHS) is now offering the seasonal flu vaccine for adults. Residents can get the flu shot at 2377 N. Stemmons Freeway in Dallas, Monday through Friday from 8 a.m. to 4 p.m. The cost is $20 and if the adult is covered by Medicare, the vaccine is free. DCHHS is awaiting shipment of the children’s flu vaccine.

“Now is the time for everyone to get their flu shot while it is early in the season,” said Zachary Thompson, DCHHS director. “We want our residents to protect themselves and their families by being vaccinated before flu season spikes.”

DCHHS is following guidelines from the Centers for Disease Control and Prevention (CDC) to begin offering the flu vaccine as soon as it becomes available in the community. CDC recommends the flu vaccine as the best means of flu prevention for almost everyone except children younger than 6 months of age. The flu vaccine DCHHS provides is an all-in-one shot that protects against multiple flu strains including the H1N1 virus.

“Getting an annual flu vaccine is one of the best ways to protect yourself and your family from the flu virus,” said Tammara Scroggins, asst. director public health communicable disease. “Vaccination can also protect people around you, including those who are more vulnerable to serious flu illness, like babies, young children, the elderly, and people with certain chronic health conditions.”

“It takes about two weeks for the body to develop the antibodies needed to provide protection against the flu virus,” Dr. Perkins said. “That’s why we are encouraging everyone to get the flu vaccine as soon as possible, so they’re protected early in the flu season.”

In addition to getting the flu shot, DCHHS encourages everyone to practice cough and sneeze etiquette along with proper hand-washing. DCHHS has flu prevention materials on its website available for the public to download. 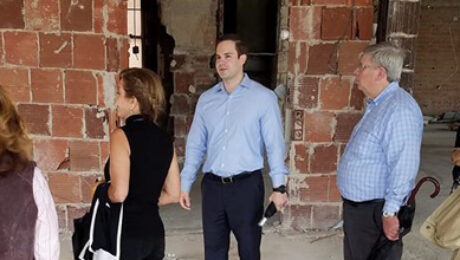 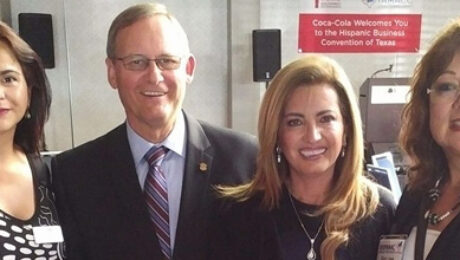 Friends and Neighbors, as I wrap up my seventh year as County Commissioner for District 4, excitement still lingers about all that we have accomplished and all the opportunities that the future holds for us in Dallas County.

In the Commissioners Court, we kicked off the 2017 fiscal year tackling critical infrastructure needs and pay disparities for County employees. This allows us to take care of our most valuable asset – our workforce. These items were addressed with no increase to the Dallas County tax rate, which remains unchanged at 24.3 cents per $100 valuation, one of the lowest in Texas.

Trails continue to grow as popular recreational amenities here in Dallas County with a few in the works for District 4.

Our Road & Bridge 4 crew has been busy with various road projects, such as the Cockrell Hill Street Program.

I’m also very excited to have helped bring the Home for Hounds program to fruition in Dallas County. It’s a fantastic project that allows inmates to gain a vocational skill and boosts adoption rates of animals.

Finally, the Records Building is currently undergoing the largest renovation in the history of Dallas County. Its historical façade will stay intact, while its interior will be modernized to house the Commissioners Court and other departments.

In addition to this project, Dallas County has spent $80 million over the past six years catching up with long overdue deferred maintenance in all County facilities.

There is still much to do and with your support we can accomplish anything here in Dallas County. We will remain a community that welcomes all and discriminates against none.

Dallas County continues to be at the forefront of county government leadership and we will continue to make decisions with the best interests of our constituents in mind.

It’s the right thing to do 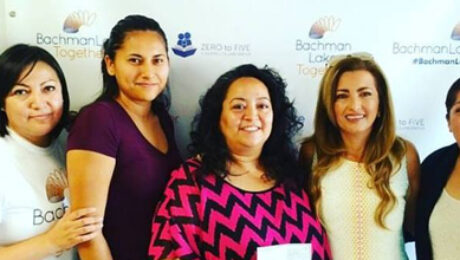 When you elected me to the Dallas County Commissioners Court in 2011, I promised to:

I want you to know I have held true to both of those promises.

It’s the right thing to do.