Texas has seen unprecedented property value growth in recent years. At the same time, property owners have seen their property taxes rise. This has created a frenzy among state lawmakers in Austin over how to “save” taxpayers from their local governments. That’s because it’s easier for lawmakers to blame someone else for problems they create, rather than address the statewide problems it is their responsibility to solve.

Texas lawmakers need to focus on how to use our booming economy to fix the longstanding problems of inadequate school funding and the high rate of uninsured Texans driving up costs in our public hospitals. But all the grandstanding by state officials about local property taxes doesn’t fix anything.

Let’s not forget the Great Recession that the country and Texas experienced in 2008, and the impact it had on local government services.

The goals of cities and counties are to increase the quality of life for our citizens. We are the ones bringing investment to our communities. We are the job creators and the economic engines of this great state. The progress we have made as a state is because of local government, not in spite of it.

When you cut through the noise from Austin, what the state is proposing is that cities and counties never increase property taxes and the services they provide. They ignore that the state mandates we provide most of our services, many of which should be the state’s responsibility. Each session, the Legislature mandates that counties provide more services, while telling them to do it with less revenue.

Not once during the recession did leadership in Austin advocate for the effective tax rate. The state sat idly by as cities and counties made the tough decisions, cutting services and struggling to balance budgets, just like taxpayers.

Under the state’s plan, local governments would adopt the effective tax rate every year. That means a county or city would bring in the same revenue each year, and taxpayers would pay the same amount. This sounds great, as long as property values are going up, because it means tax bills don’t.

But when property values drop, tax rates would go up to maintain the same level of revenue. When that happens, state “leaders” will flip-flop and argue against the effective tax rate. The new sound bite coming from Austin and local media will be “local governments raise tax rates as the economy worsens.”

If local leaders are spending too much, hold us accountable at the polls. What we hear from the majority of our constituents are requests for more services: more police and better roads. Over the last 10 years in Dallas County, we have seen increased costs for unfunded mandates from the state, such as indigent defense and minimum standards for jail operations and mental health services. The list goes on and on.

Dallas County spends $145 million per year on unfunded mandates and underfunded programs that should be funded by the state. The simple fact is, if the state stopped pushing its responsibilities and unfunded mandates onto county governments, Dallas County could lower its tax rate 25 percent. That would be an extra $105 back in the pocket of the average homeowner.

The difference between the political grandstanders in Austin and local government is we deliver what the state requires and what the people request. We don’t have the luxury of passing the buck. Dallas County does so while minimizing tax increases on the average homeowner to $7.89 a month over the last 10 years when adjusted for inflation.

Over the same period, Austin has forced school property tax increases on Texans while pointing fingers at school boards. When adjusted for inflation, the average homeowner in Dallas ISD pays $580 more a year in property taxes than in 2008. In the last 10 years, the state’s share of school spending dropped from 48.5 percent to 42.4 percent, and school funding from property taxes increased from 51.5 percent to 57.6 percent.

The latest budget proposal from the Texas Education Agency would slash another $3.5 billion per year from the state’s education budget, resulting in local school property tax increases of 6.8% per year, or 14% over the next two years.

It’s time for state leaders to focus on Texas problems and leave local issues to local governments. Inadequate school funding, record numbers of uninsured Texans, crumbling infrastructure and keeping our highways out of the hands of toll companies — these are serious problems that require serious solutions.

But don’t tell local governments we have to carry our load and your load. Texas taxpayers can no longer afford these political shell games.

Read this opinion piece at The Dallas Morning News 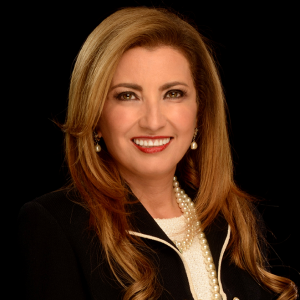 Sorry, no posts matched your criteria.

What You Need to Know About VoteStart

The perfect way to get a head start in your upcoming political campaign.

Chip in now, every dollar helps in the crtical final moments of this campaign.